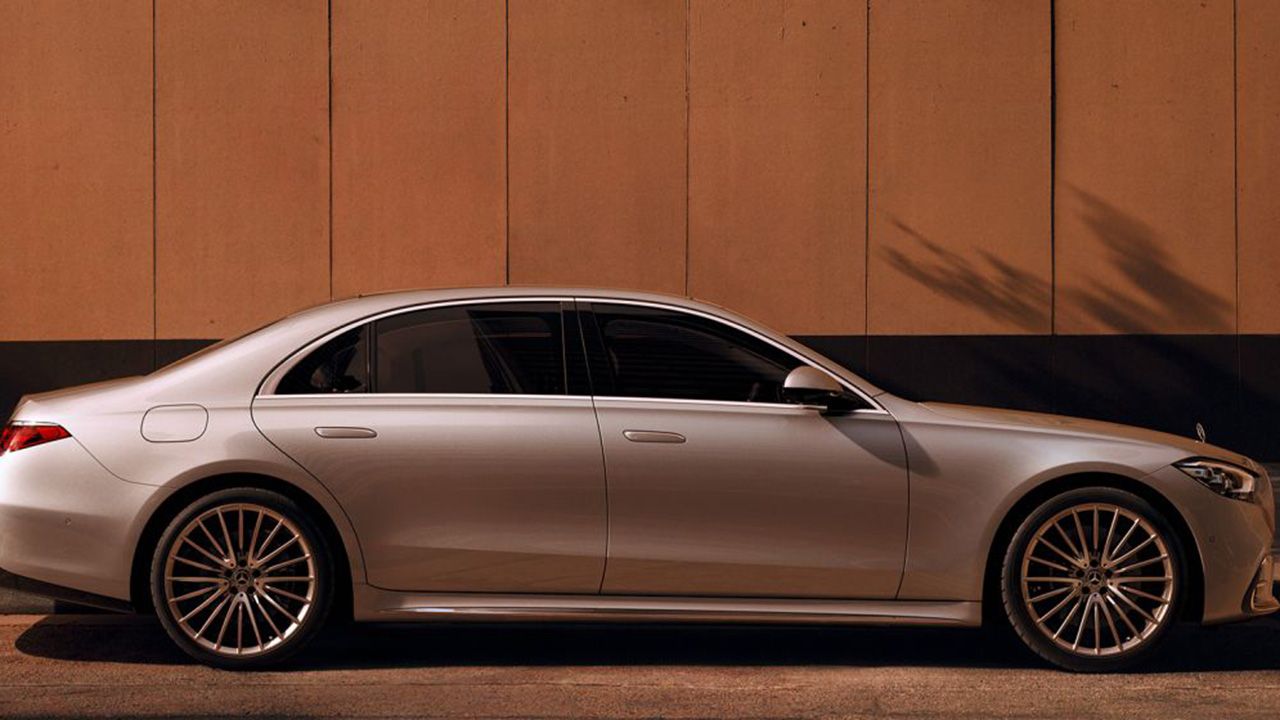 In 2018, Mercedes Benz gave the S-Class a facelift, meaning you get all the essential details to give it a fresh look, like new bumpers, lights and of course a grille. Most of the changes lie on the inside, while the bodywork remains largely the same.

From the outside, the Mercedes-Benz S-Class sports a new headlamp cluster. Instead of the single LED DRL strip, it now gets three LED strips, which are referred to as the ‘Triple Torch’ design by Mercedes Cars. The headlamp consists of a cluster of projector lights, looking quite modern and it is said that the main beam is extremely powerful. The grille gets some minor revisions in the form of new louvres, gloss-black vertical strips and a plain panel in the middle of the grille.

This is basically a shield that protects the driving aid sensors behind it. The front bumper is new, sporting bigger air intakes, while the one at the rear gets a chrome finish running in between the exhausts. The tail lights look fantastic because of the crystal effect and it fades from blue to white. The flanks are the same, but on the sides, you’ll notice new five-spoke, 18-inch alloy wheels.

The doors are massive and its key fob gets a white colour theme; all other Merc models get black key fobs. On the inside, not much has changed, so you continue to see the circular AC vents, lots of chrome and wood around as well. What’s new is the 12.3-inch displays that get fantastic graphics and multiple customisable options on the screen. It features Apple CarPlay and Android Auto, wireless phone charging, a steering wheel wrapped in Nappa leather, steering-mounted audio controls and cruise control.

Ambient lighting is available in 64 different colours. The rear seat continues to offer terrific levels of comfort; these can be reclined and come with a retractable footrest.

Great to torque to

The S-Class facelift gets an all-new 2987cc diesel engine and an updated 2996cc petrol engine. The former meets BS6 norms, and to be able to achieve this with a diesel car, is really saying something. We’ve tested the S 350d, which comes packed with tech to bring down friction and bump up fuel economy. It even features the newest common rail injection system. Gone is the V6 layout and in comes an in-line configuration for six cylinders. The S 350d also gets a larger catalytic converter, a Selective Catalytic Converter and a diesel particulate filter.

When it comes to performance, this engine is a stonker. It develops 282bhp and 600Nm of torque and comes paired to a new 9-speed multi-clutch automatic transmission. The gearbox is responsive and turbo lag is barely felt, and the manner in which it picks pace is shocking to say the least. It’s quicker than the model it replaces and reaches 140kph very effortlessly. The gears shift smoothly and kick downs are managed with aplomb.

For what is a diesel engine, it is very quiet and when revved, the engine is so much more silent and impresses on the refinement front. We think this is the best 3.0-litre diesel engine on the market as of today. It’s nowhere as fun to drive as a 7-Series as the steering feels a bit slow and it isn’t agile either.

This is one of those cars that prefer being driven sedately. It features the brand’s Distronic system; it works like adaptive cruise control, keeping tabs on the distance from the front to the car ahead by slowing down, or in emergency cases, stopping too.

The S-Class also features an active steering, but is not as effective as what you get on current-gen Volvos. The S-Class also gets driver aids like active blind spot assist and active braking assist, but it’s far from leading in this safety net aspect. There is no Magic Body Control but the ride is great; it simply gobbles bumps and keeps its passengers in sheer comfort. In Eco and Comfort mode, it does float about a bit, but body roll isn’t much.