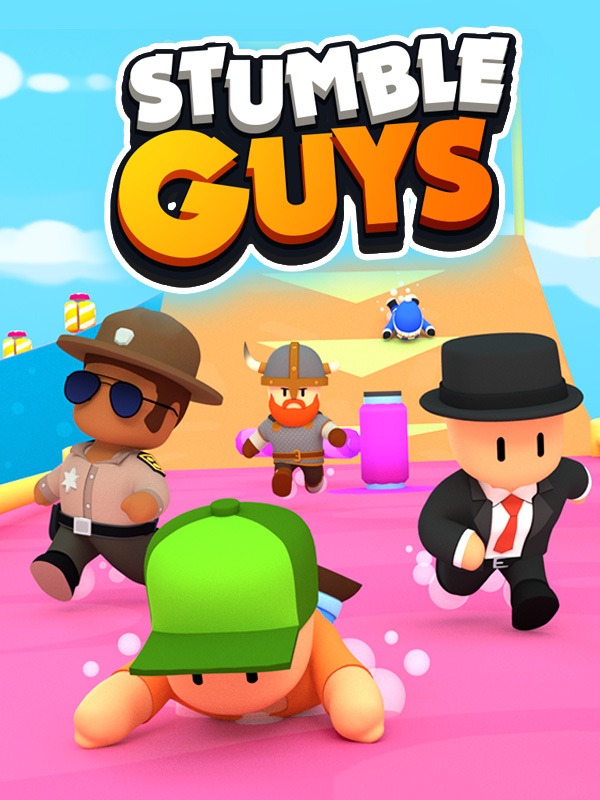 STUMBLE GUYS is a game developed by Kitka Games and was first released on February 12, 2021. It is an entertaining, fun action game with similar gameplay to Fall guys.

The game allows the number of players to be up to 32 and compete directly in 1 play. The players will have to overcome all the challenges along the way. The only and last survivor will win.

STUMBLE GUYS is now available on IOS, Android, and Microsoft Windows platforms. Players can download the game to their devices to start the game.

Or players can experience the game directly on platforms.

STUMBLE GUYS has the same gameplay bug as FALL GUYS but with a slightly smaller player size. The players will start and have to avoid obstacles along the way.

The game will start with 32 players but only 16 players will make it to the next round. To be 1 of those 16 as soon as the timer counts down to 1, you must immediately race. Later rounds of the game will have decreasing difficulty with randomly selected challenges. However, there will be exclusionary challenges. If you want a chance to be a winner you have to be a survivor of those games.

After the end of the first round, there will be 8 players to play in the final round. They will have to compete with each other to find the only winner.

STUMBLE GUYS has recently got new improvements in an effort to entice more players. With each update, the game will include new features and fix bugs that have a detrimental impact on the user experience.

In this version, the game has added many new features as well as fixed bugs that affect the player’s experience.:

As the name suggests, this map has the atmosphere of a tropical area. Players will have to cross wooden bridges, meadows, and lakes, … colorful and challenging. In this map, the game has new features such as:

Many players, including those who have been betting for some time, are unaware that double-jumping can cause you to slide forward or fly face down. If you do this, you could discover that overcoming challenges is less difficult. But in the mud, it’s impossible.

Some things have been added and fixed in this release, including:

5.1. Even experienced players frequently aren’t aware that double-jumping allows you to glide forward, soar forward, or face down. This may make it easier for you to overcome hurdles. But you can’t in the mud.

5.2. Don’t pay close attention to the instructions. There are instances when you don’t need to cross the bridge because there are usually a lot of barriers and opponents there. Search for an alternative route. Even though it might be farther away, it will be safer. You should always go the other way on mildly muddy loops since it will be much simpler than traveling through the mud.

5.3. Well done on the gaming funds. Your character’s nameplates, wardrobe, facial expressions, and colors can all be changed using Kudos. After finishing the daily mission, a player will be praised and given the Crown as payment.

Devolver Digital released the game for the PlayStation 4 and Windows in August 2020.

Fall Guys is currently playable on both the PC and PlayStation 4. Versions are being created through Steam for the Xbox One, Nintendo Switch, and possibly mobile devices, even though nothing has been officially released as of yet.

On FALL GUYS, a battle royale-style match may feature up to 60 players. Players are modeled as three-dimensional, moving beans. They will compete against one another to see who will advance to the next round. Players who are slow or uncooperative and violate game rules will be disqualified. To decide who moves on to the final round, the remaining competitors will compete in a game at rand.

The video game has actually been playing a lot because of the variety of challenges it presents, as well as its vivid backgrounds, amazing characters, and also barriers. STUMBLE GUYS commits the same error as FALL GUYS in that it has actually chosen, prepared, and acquired a lot of outstanding components from the original to construct a chic imitation of FALL GUYS. STUMBLE GUYS is a fun action video game that will provide you, your family, and your friends with a few minutes of excitement.