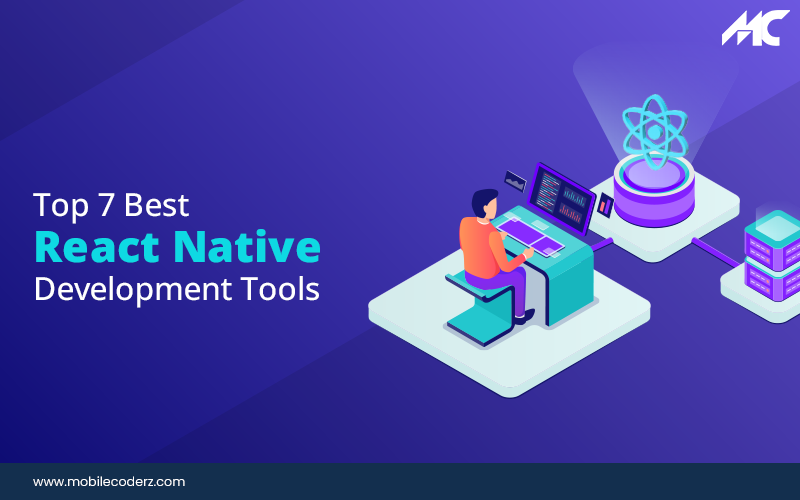 We use Smartphones to manage all our easy to heavy tasks. This is why smartphones are now the most popular technological gadget in the entire world. This became possible only because of the constantly improved hardware and efficient apps to support it.

But, it is not that simple for developers to build native applications. Here comes the role of React Native into play which is used to create hybrid applications. These applications can be used on any operating system without the need to code again.

For developing such apps, there are 7 top React development tools that help developers in the development process. Let’s explore them below.

Bit is a great tool to help your React development company build a next-generation React Native component library. It solves the problem that UI components can’t be shared or collaborated on across repositories. It is also a powerful tool to create UIs using shared components that are independently developed, updated, and versioned.

Bit.dev allows you to organize and host your components. Bit. dev uses Bit’s CLI tool, which allows you to version and push components from any local project to Bit.dev. They are then organized, documented and rendered and can be installed/imported.

It’s compatible with Mac, Linux, Windows, and other platforms. Visual Studio Code includes support for technologies such as TypeScript and JavaScript. It supports languages like C#, Python, C++, and runtimes such as Unity and.NET.

Before you hire React Native Developers and begin the project, make sure you inform them about Android Studio. This tool allows React Native Android development and Android Studio 4.1 was its major release. It includes Kotlin DSL Support in Android Gradle Plugin, a newer database inspector, which allows running an Android emulator inside Android Studio and visual layout editor.

Xcode is one of the top React development tools that contains many software tools. You can utilize it to develop apps in iOS and MacOs. This tool is ideal for creating React Native apps that work on iOS. This tool is great for installing and debugging iOS packages. Apple recently released Xcode 12, which includes many more amazing features, such as customizable font sizes, document tabs, a redesigned organizer, and improved code completion.

Redux, written in JavaScript by Andrew Clark and Dan Abramomov, was released in 2015. It is an open-source tool that one can use in conjunction with libraries such as Angular and React to create user interfaces. It is very lightweight, with a file size of hardly 2kB (including dependencies).

This is one of the top React development tools that allows you to create apps that can run on different environments. They are also easy to test. It also offers you a time-traveling debugger and live code editing. This tool is highly recommended for React Native development services.

Testing is the most complex aspect for a React development company while developing an application. This is because not all tools are efficient enough to test React Native applications.

Expo, contrary to these claims, is a demanding tool, especially for React Native apps. It is also great at testing and building applications. Expo also includes some APIs that make app development even easier.

The last but excellent tool in this top React development tools list is best for creating React Native apps. This tool is available on Facebook. The best thing about it? It integrates with Atom. It integrates with the Atom editor and has amazing features such as type checking JavaScript.

Nuclide allows developers to easily debug their applications by keeping the code environment static. React Native elements can be edited on a live basis by this platform. You developers will appreciate the built-in inspection and debugging features.

So, these are the top 7 top React development tools that developers can use for the React Native Development Project.

React Native is a popular programming tool today, all thanks to its amazing tools for web and mobile developers. Here, we’ve listed 7 tools that you can use to perform different tasks in your React Native app development process.

Each tool has its own unique features and can be used in different ways to create a React Native app. They assist in every step of the development process, from the initial design, through the development and testing, to the final product. So hire React Native Developers and get started with these tools today.

Peter Handscomb is an expert app developer at MobileCoderz, an established React Native development company. With more than 14 years of professional expertise, he has worked with innovative startups and leading businesses. Apart from the app industry experience, he loves playing golf and reading tech-related books.